Farm size: There are 33,000 farms in areas with high HNV farmland likelihood. Farms in these areas are relatively small; 52% of farms are less than 20 Ha in size compared to 42% nationally. Most farms are involved in either specialist beef (53%) or sheep (25%) production.

Farm income: Given the small size of farms and the predominance of low-income farm systems, it is unsurprising to find that the majority (60%) of farm enterprises in areas with high HNV farmland likelihood generate a Standard Output of less than €8,000; compared to a national figure of 43%.

Farmer succession: The Census of Population estimates that there are 15,350 farm households which contain a population of 40,926 persons in areas with high levels of HNV farmland likelihood. Of these household, 17% are single person households; this is substantially greater than the national figure; nationally 11% of all farm households comprise a single person. 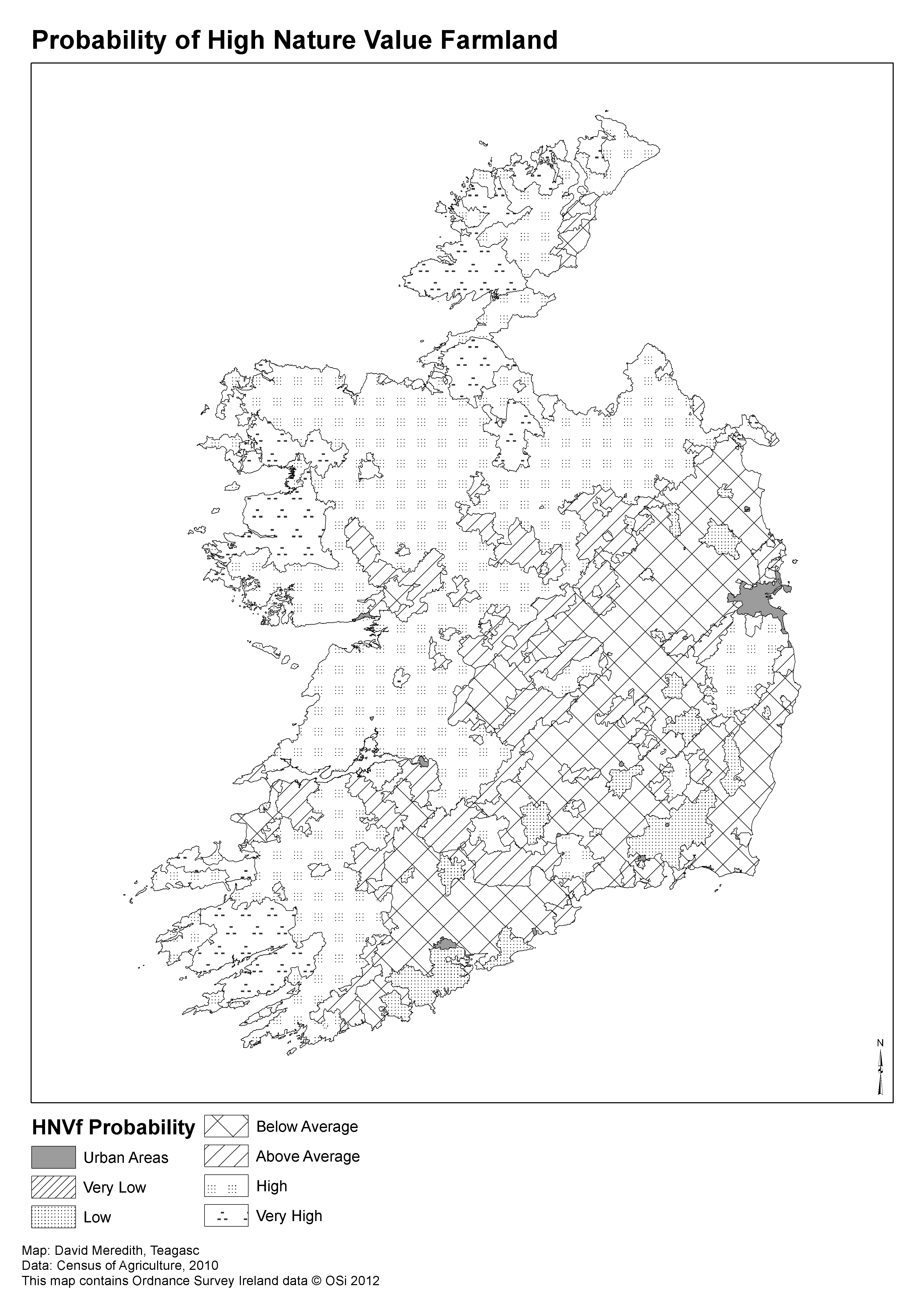 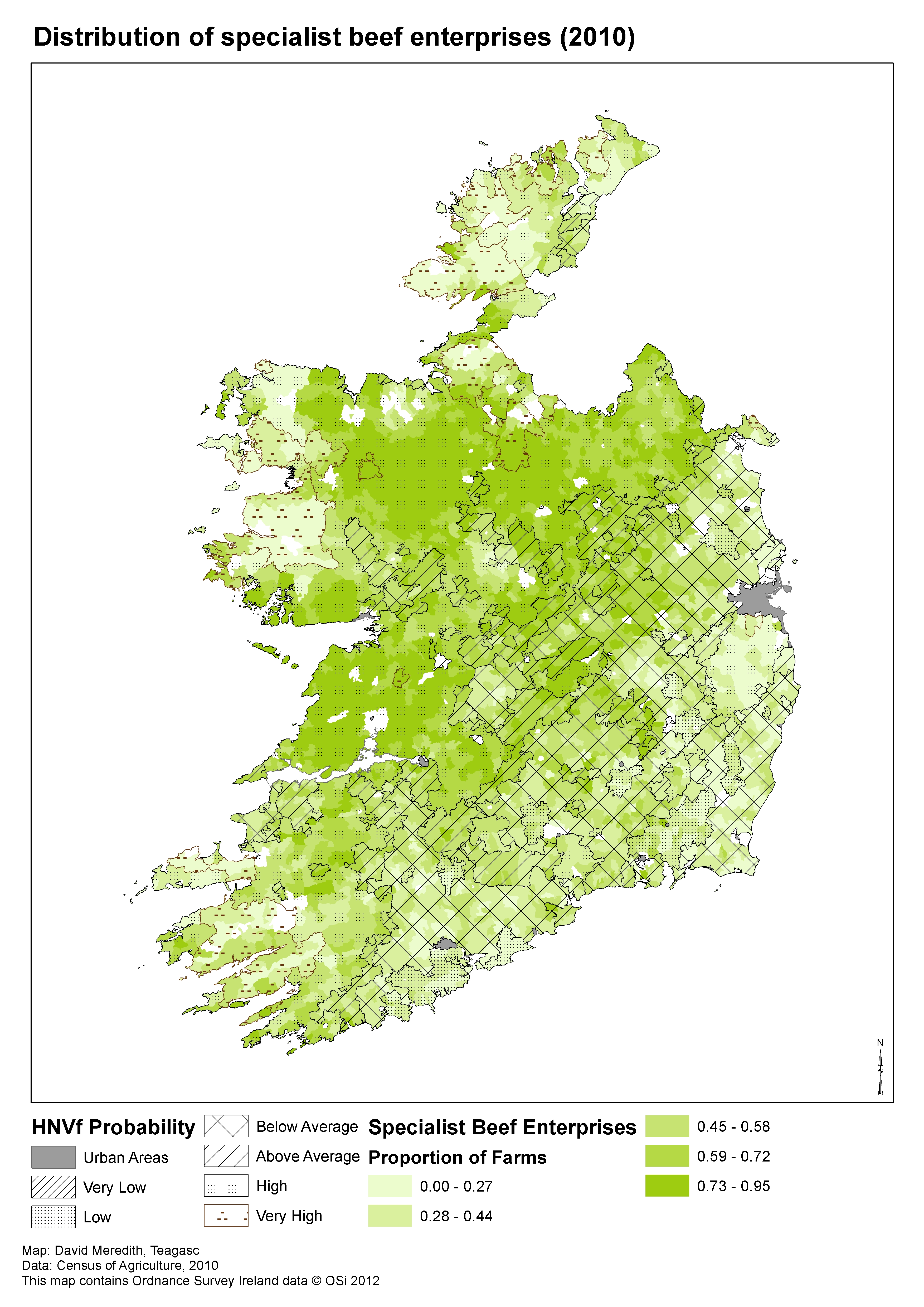 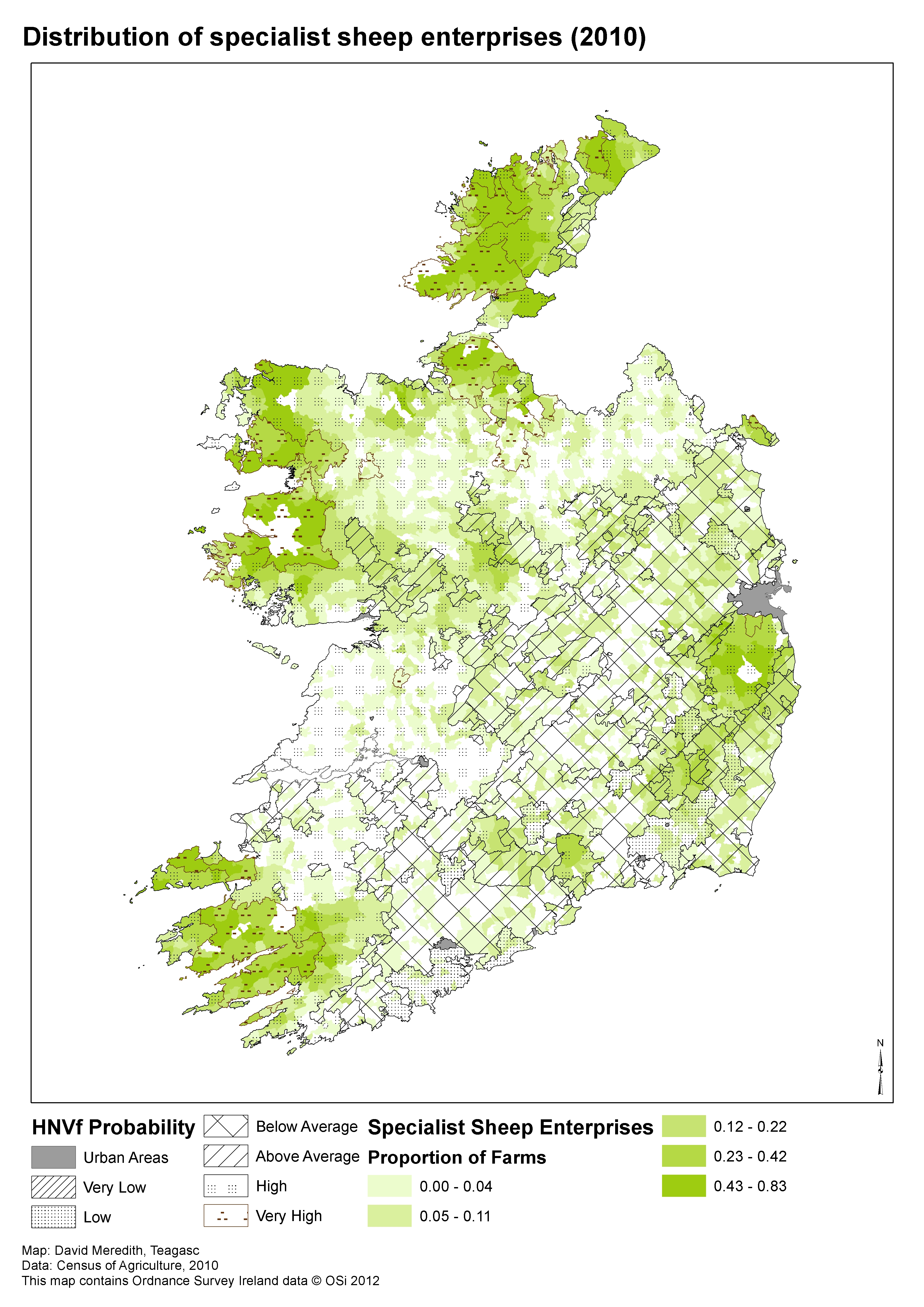 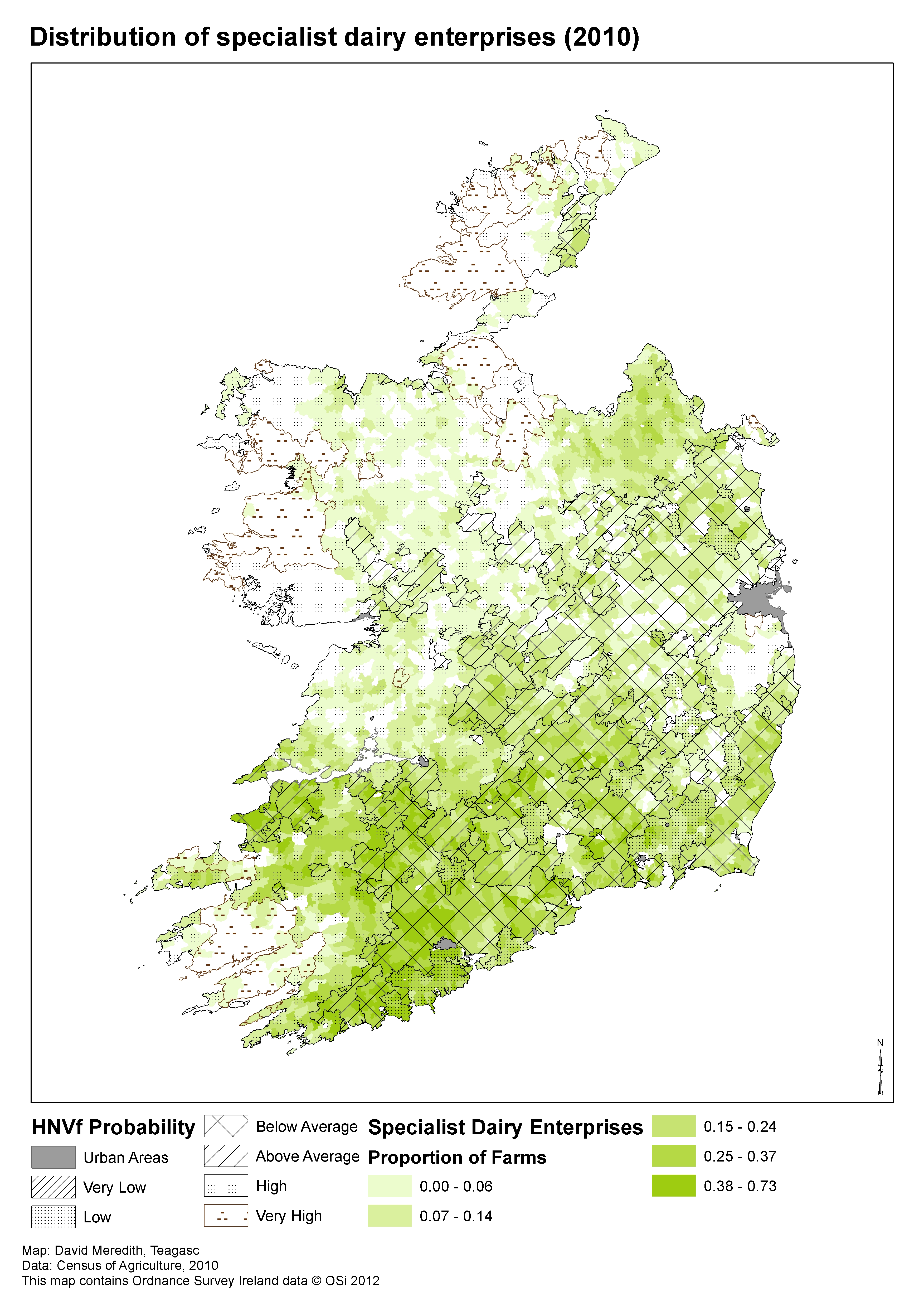 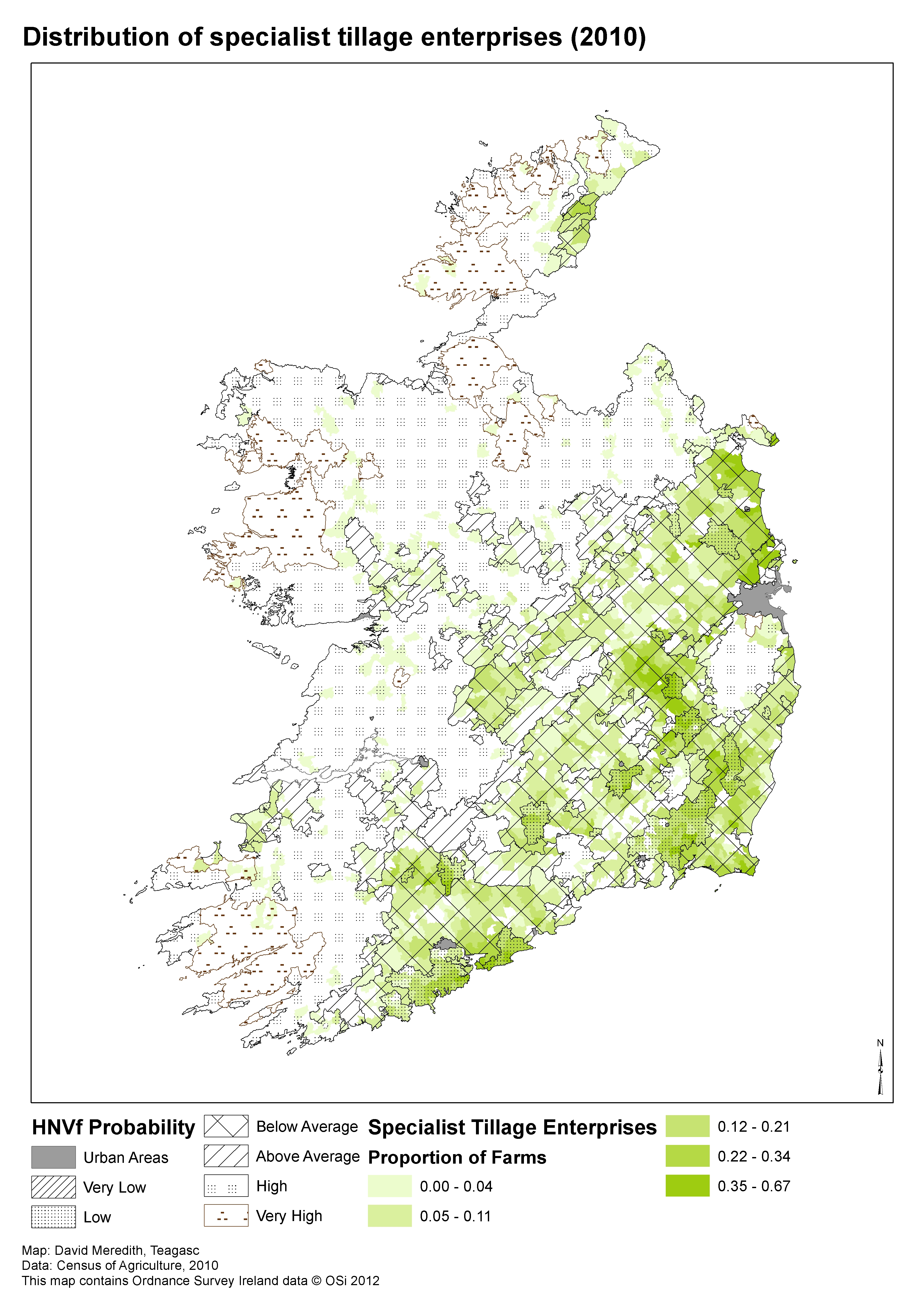 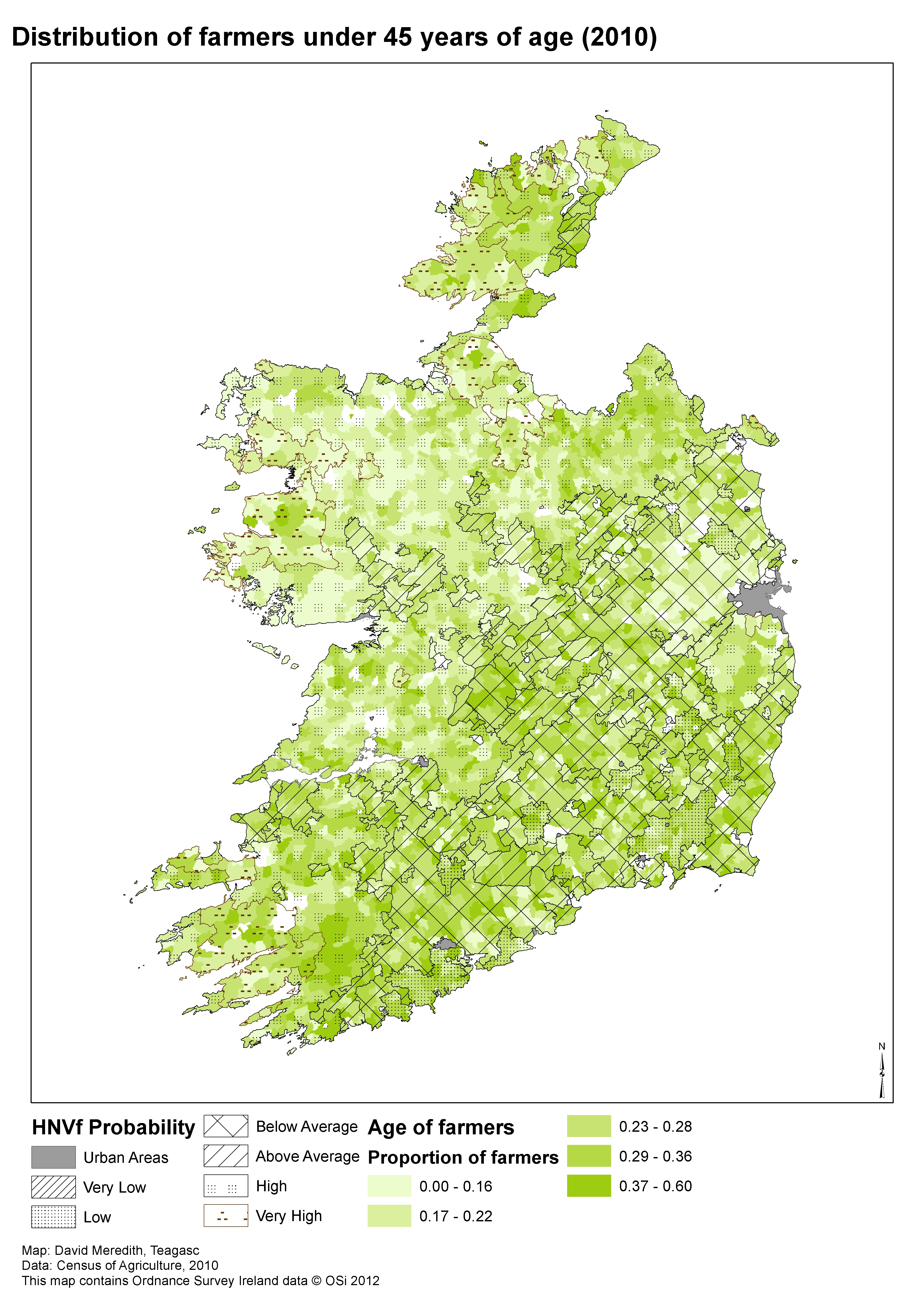 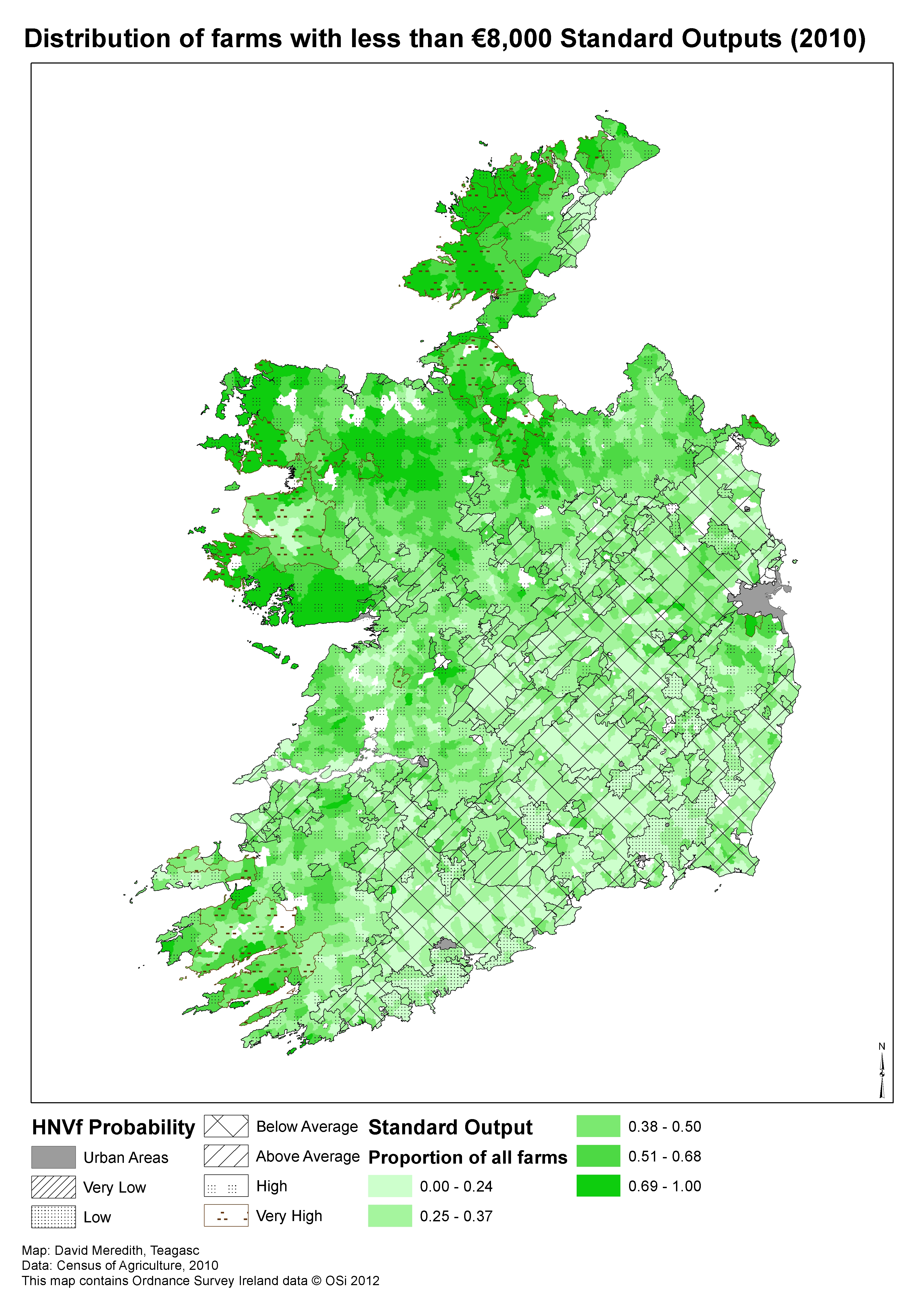 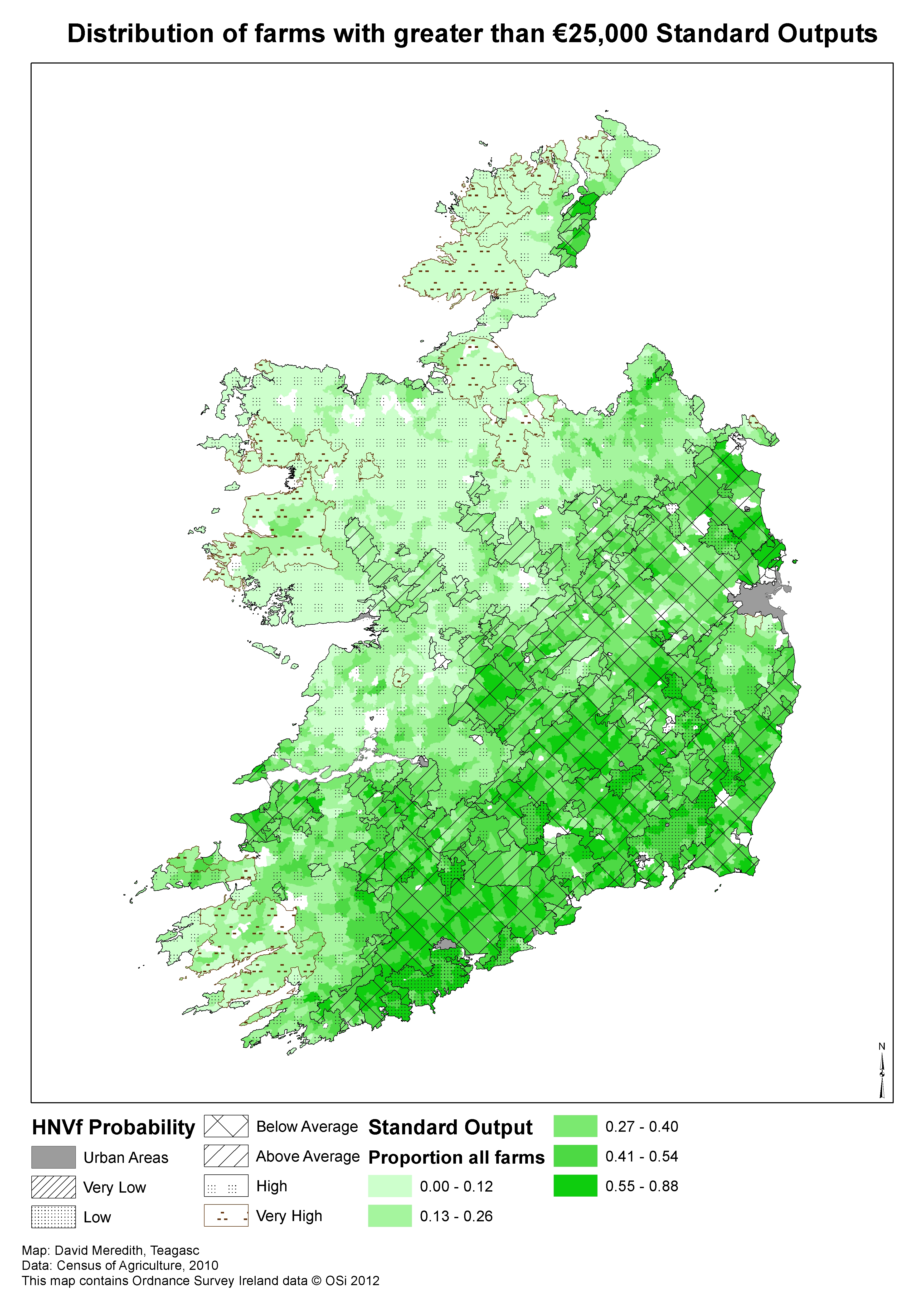